Total depth
700 ft.
You can easily fit the Statue of Liberty in there!

The idea of making Þríhnúkagígur (the volcano) accessible to the public was first formally presented in 2004 by Árni B. Stefánsson, a veteran cave expeditioner, doctor and – from that moment –  entrepreneur. Up until that time, very few people actually knew that a phenomenon like this (a volcano with an open entrance) existed in Iceland – let alone only a 30 minute drive from the capital!

To make a long story short, the idea of public access to Þríhnúkagígur was well received. So well, in fact, that a nonprofit firm (Thrihnukar ehf.) was established in 2005. The firm is supported by various parties from the public and private sectors. The main purpose of the company is to plan, carry out, and eventually evaluate, the best ways to make the volcano accessible, while upholding a strict benchmark in terms of environmental protection and sustainability.

As of today, there are plans to build a ground tunnel from the surface that will lead into the magma chamber. From the tunnel, visitors will walk to a viewing platform inside the crater, from where the enormous size of the chamber can be enjoyed. An environmental impact assessment is currently being conducted and all licence applications are being processed. If all goes according to plan, Þríhnúkagígur could then potentially be open to the public through a ground tunnel, making it one of the most unique tourist attractions in the world.

In order to discover more, it was decided to offer a tour for the general public. The operation started in June 2012 and continued through August. In short, the tour turned out to be a great success and Þríhnúkagígur is now recognised as a tourist attraction in Iceland. Hence, it was decided to offer the tour again in the summer of 2013 and it has been running ever since. Difficult winter conditions make it impossible to operate the tour over the winter months. Therefore the season is from May until October. 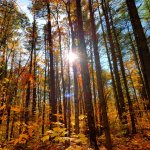 “One of the best lifetime experiences from a very seasoned traveler” 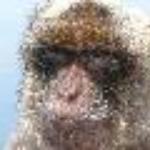 Cookies are used to enhance user experience on this website. By gathering data such as the user journey, bounce rate, individual site clicks and where the user comes from, we can better adjust our site to give the user the best possible journey through it. User preferences might be kept and tracking data shared with Google Analytics.

Users can disable cookies in their browser, to do this we recommend looking up cookies in your browser help section.